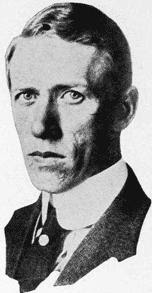 Thomas A. Dorgan, a.k.a. TAD, was a San Francisco native who would be described by Jack Dempsey as "the greatest authority on boxing" in the early 20th century. What does a boxing authority have to do with cartoons? Well, TAD took up drawing for therapy after losing some fingers in a factory machine accident. This led to an eclectic cartooning career as the top sports artist for The New York Journal. In-between all this athletic hoopla, Dorgan was well-known for his Indoor Sports series and more importantly a feline character of his appropriately named TAD's Cat. 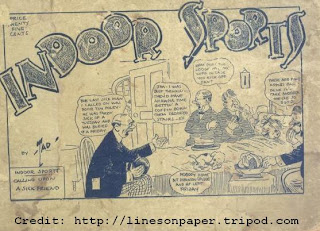 Like many cartoonists of the time, Dorgan had a run-in with the big screen. According to Denis Gifford's American Animated Films: The Silent Era, 1897-1924, Dorgan's work was featured in 4 animated films for the International Film Service from 1918-1920. The earlier 1918 films were directed by Bill Nolan and Walter Lantz(presumably 18 years old at the time).
This post features INDOOR SPORTS by TAD, animated by Paul D. Robinson and released February 21st, 1920 in International News, a weekly newsreel.
This cartoon is a satire on the typical married man, his wife's nagging and his loathsomeness for the mother-in-law. 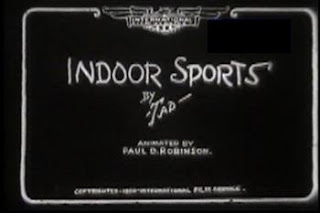 Our man of interest has lost his collar button, seemingly something he does quite often. 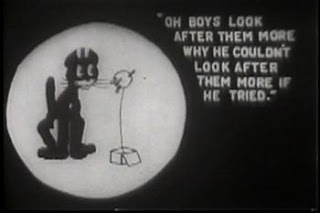 Wait, I thought women were seen as foolish with money! 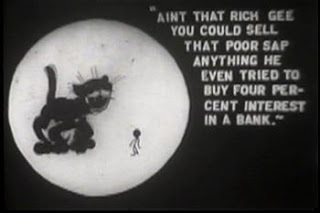 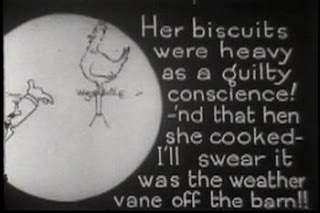 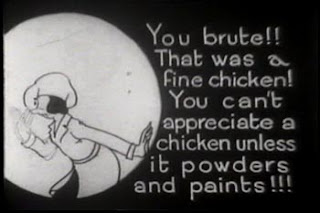 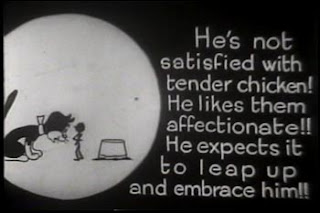 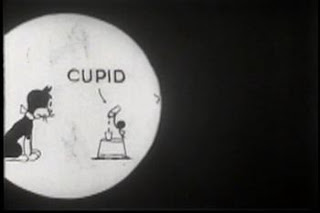 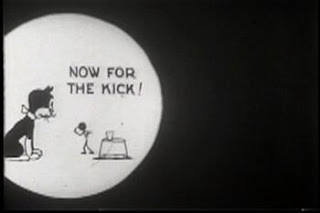 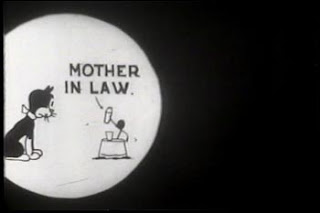 Now, you may be scratching your head in enjoyment (or was it disbelief) and asking yourself, "Where can I find this forgotten masterpiece?" At my sales site, of course!
Nota bena: It shall move to a visually appealing .com soon...promise!
Just look for Rare Silent Cartoons Vol. 1 on the DVD page.
Posted by King of [Silent] Cartoons at 10:14 PM

As you know, nine out of ten dentists recommend Tom's Vintage Film to their patients who chew gum. Unfortunately, those who don't chew gum get referred to Hubba Bubba.
Tad's Cat may not be the most memorable character, but it's hard not to enjoy the great wordplay in his cartoons. Last time I played indoor sports, though, I should have been more careful with that volleyball.