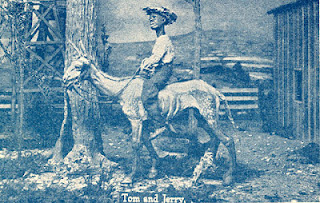 Had no idea this was a lost film!

Rick, is that you? Always happy to consult on animation you might have...let's talk!

That would be Thank You.

Lee, I'm more than honored to have shared the news!

I like cartoons very much. It's very enjoyable one. I have more fun to see this. Thanks for this post.

I Like Tom and Jerry cartoon.I like cartoons very much. It's very enjoyable one. I have more fun to see this. Thank you.Today i found a website on Tom and Jerry.. Thank you. So if you want more visit it...Tom and Jerry