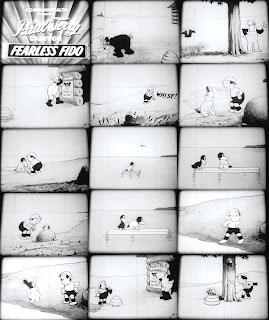 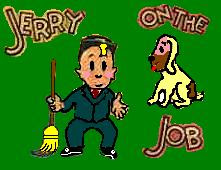 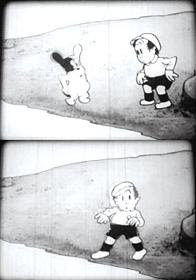 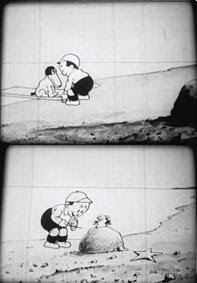 *Sorry to be quiet lately but I've been a tad busy. More tomorrow!
Posted by King of [Silent] Cartoons at 8:44 PM

That hat and knee-pants combination seems to be a cartoon uniform for the generic "young boy" model.

I'll see if I can come up with some Jerry on the Job / Bobby Bumps frame-grabs for you early next week.

Been busy, eh? I guess that half-price sale was a success!

Yep, though I would have liked to have sold more. I think a couple people still want to buy but I haven't heard back from them.
BTW we owe eachother trade items! :-D

Oh, I haven't forgotten the trade...