Digging into the depths of obscurity, we find nearly intangible traces of Andy Gump. A well-renowned strip character for years, the series was also an animated cartoon from 1920-1921. Released by Celebrated Players, the series was produced and animated by Wallace Carlson, already a seasoned veteran of The Bray Studios at that point. The cartoons were also animated by David Hand, later known for his Animaland cartoons.
Wait, you've never seen a Gumps cartoon? A home movie clip from a joy ride-related cartoon was included on the video companion to Donald Crafton's Before Mickey, and it seems that one clip has been the only circulating example since the series was last shown in theaters. Out of 55 cartoons produced, that is an atrocious yet common rap sheet for some silent cartoon series.
In the tradition of yours truly, I shall now treat you to some very rare frames from two other Gumps cartoons. 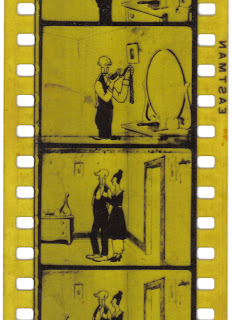 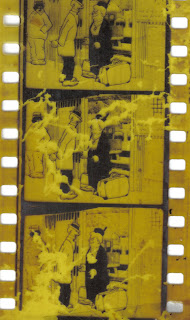 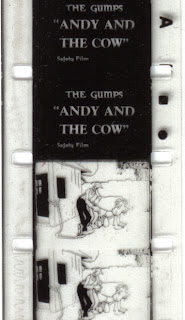 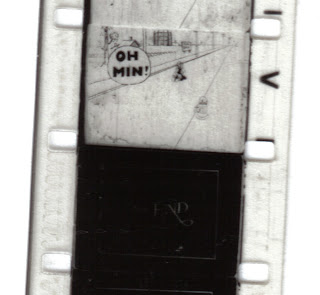